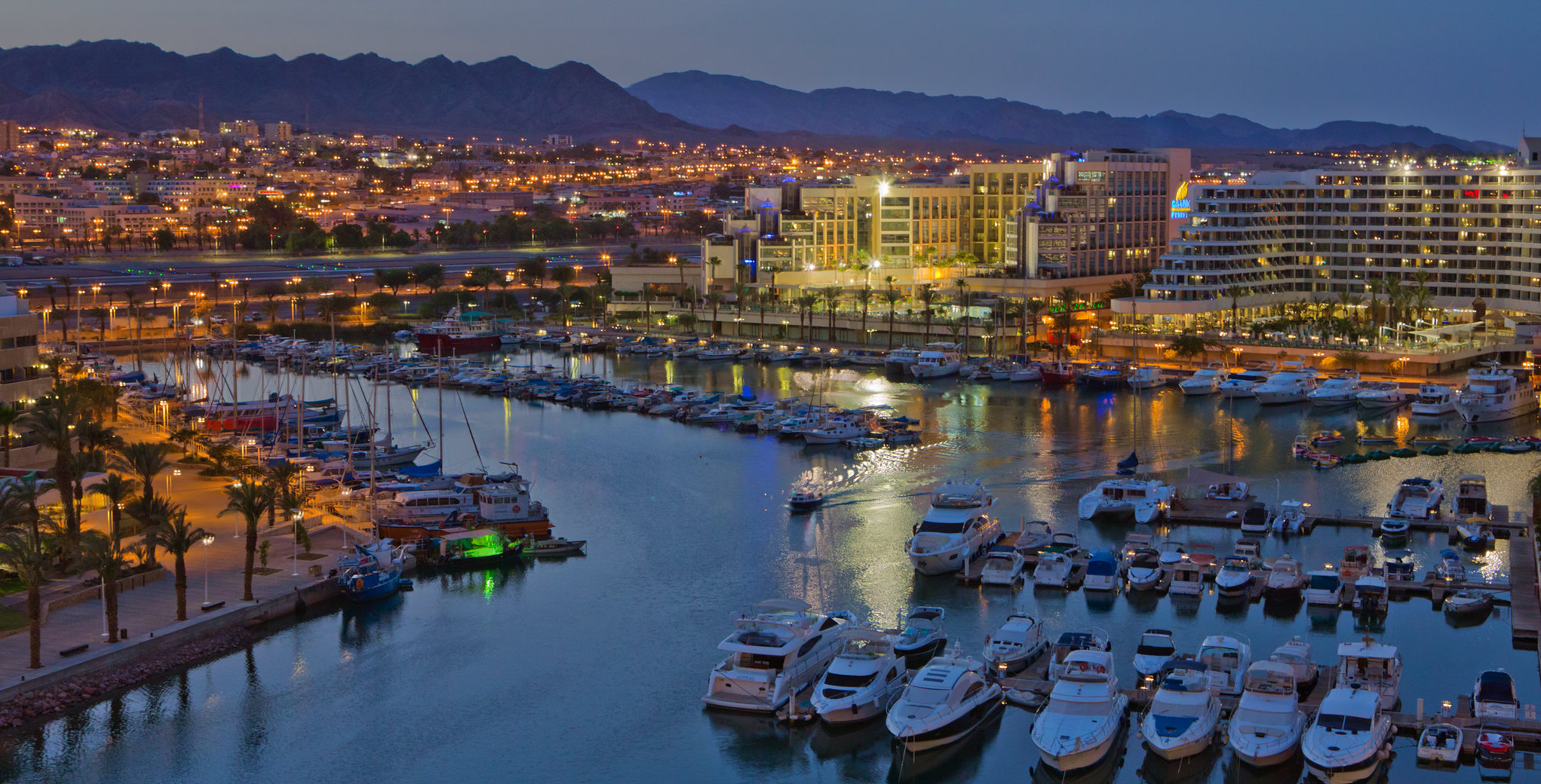 (The tour will be operated with a max of 34 participants)

Thursday
Latrun / Beit Guvrin / Ayalon Institute / Weizmann House
Drive to Latrun to visit the Armored Corps Museum and memorial, also considered as one of the most diverse tank museums in the world. Continue to Beit Guvrin National Park, declared by UNESCO as a world heritage site; explore parts of the archaeological remains and unique caves. Proceed to Ayalon Institute, once a secret underground ammunition factory established by the “Haganah,” who were the Jewish underground movement before May 1948. Continue to Weizmann House in Rehovot built in 1936, the private home and later the formal residence of Dr. Chaim Weizmann, the first president of the state of Israel and founder of the Weizmann Institute of Science. Visit the house with its impressive structure and fascinating gardens, which now form part of the Weizmann Institute of Science. Learn the story of Dr. Chaim Weizmann, an outstanding scientist and head of the Zionist movement for over 30 years.
Overnight Tel Aviv.

Friday
Tel-Aviv / Diaspora museum / Old Jaffa
Visit Beit Hatfutsot, the Diaspora museum; drive around the main streets of Tel Aviv, the center of business and entertainment in Israel. Also known as the “White City,” Tel Aviv was declared as a UNESCO world cultural heritage site for its collection of over 4,000 Bauhaus style buildings. Stop at Rabin Square, the site of assassination of Prime Minister Itzhak Rabin in 1995. Continue to Old Jaffa, one of the oldest port cities in the world; visit the ancient ruins and walk along the Artists Quarter. Visit Neve Tzedek, the first neighborhood of Tel Aviv built in 1887, followed by Nachalat Binyamin, the pedestrian mall of the city where you can enjoy live street music, arts, crafts and handmade jewelry.
Overnight Tel Aviv.

Sunday
Caesarea / Megiddo / Druze village / Haifa
Drive along the coastal plain to Caesarea, once the Roman capital of the region; see the excavations of the Crusader-era city, the Roman port, aqueduct and the amphitheater that has been restored to its former glory as a concert venue. Proceed to Megiddo, identified as the site of Armageddon; visit the archaeological excavations including the well-preserved water supply system. Continue to Daliat el Carmel, a Druze village and enjoy a late lunch at a local restaurant. Proceed via Mount Carmel to Haifa for a panoramic view of Haifa Bay and the Golden domed Bahai Shrine and Gardens.
Overnight in a Kibbutz guesthouse.

Monday
Safed / Katzrin / Golan winery
Drive to Safed, the center of Jewish mysticism; visit the ancient synagogues and the Artist Quarter. Continue to the Golan Heights to see the former Syrian bunkers, Quneitra and the new Israeli town of Katzrin. Stop at Golan Heights Winery for a tour and wine tasting; proceed to “Golan Magic” for a multimedia presentation of the area and its history.
Overnight in a Kibbutz guesthouse.

Tuesday
Sea of Galilee / Nazareth / Beit Alpha
Start the day with a visit to Nazareth; visit the Church of Annunciation; continue to Tiberias; visit Capernaum to see the ruins of the synagogue and octagonal Church of St. Peter; visit Mount of Beatitudes where Jesus delivered the Sermon on the Mount. Drive via Beit Shean to Beit Alpha to see the remains of the mosaic floor of an ancient synagogue depicting the zodiac.
Overnight Jerusalem.

Wednesday
Mt. of Olives / Old City / Bethlehem*
Start the day with a magnificent panoramic view from the Mount of Olives in Jerusalem. Drive to the Old City; visit the Tomb of King David and the Room of Last Supper on Mt. Zion. Enter the walled city and walk through the newly restored Jewish quarter. Visit the Roman Cardo, the Herodian Quarter and continue to the Western Wall. Walk along the Via Dolorosa to the Church of Holy Sepulchre. Continue to Bethlehem*; view Rachel’s Tomb and proceed to the Church of Nativity and Manger’s Square. Overnight Jerusalem.

Thursday
Israel Museum / Knesset / Mt. Herzl / Yad Vashem
Drive to the Israel Museum and visit the Shrine of the Book, where the Dead Sea scrolls are housed; see the miniature model of Jerusalem as it was during the Second Temple period; proceed for a tour at the Knesset, Israel’s parliament. Continue to visit Mount Herzl Cemetery and Yad Vashem, Israel’s official memorial to the Holocaust. Drive through Mea Shearim, the ultra orthodox neighborhood in Jerusalem, and learn about the residents’ unique lifestyle. In the evening, enjoy a middle eastern dinner followed by the Night Spectacular “Sound and Light” show** at the Tower of David Museum.
Overnight Jerusalem.

Drive through the Judaean Desert to the Dead Sea, the lowest point on earth at almost 1300 feet (400 meters) below sea level. Stop at Qumran to visit the site where the Dead Sea scrolls were found. Drive along the shores of the Dead Sea to Masada. Ascend by cable car and tour the ancient fortress where the Zealots made their last stand against the Romans before committing mass suicide in 73 AD. Descend by cable car. Continue to the Dead Sea; cover yourself with the mineral rich mud and experience a swim in the Dead Sea**, which many believe offers therapeutic effects.
Overnight Jerusalem.

Sunday
Negev desert / Timna / Underwater observatory
Travel south through the Negev desert; stop at Timna, a large geological and archaeological park; marvel at the multi-colored rock formations and copper mines; View the outstanding Solomon’s Pillars. Continue to Eilat, the southernmost resort city on the shores of the Red Sea; Visit the Underwater Observatory Marine Park, built into a coral reef, and enjoy the opportunity for a close up look at the rich life of the Gulf of Eilat.
Overnight Eilat.

Monday
Free day in Eilat or

Day tour to Petra (with additional charge) After assistance with border formalities, drive straight to Petra, the astonishing rose-red city built by the Nabateans (an early Arab tribe). Petra is renowned for its massive architecture, pools, dams and water channels. The visit begins with the possibility of a short horseback ride for about 700m, until the entrance of the Siq, which is about 1.2 km long (walking distance). Petra is famous for its huge monuments such as the treasury, royal tombs, the court, Roman theatre, Roman street, Qasr al-Bint (Palace of Pharaoh’s daughter), and many other smaller fascinating monuments. The city itself is almost 45km and is considered to be the second wonder of the world. After the visit, it’s time for lunch in a nearby restaurant. After lunch, drive back to border. On the way, a short visit to Aqaba with the possibility to stop and take a walk around. Transfer to the border at around 18:00 and cross back to Eilat.
Overnight Eilat. (For the tour to Petra, visa is required in advance)

Tuesday
Mitzpe Ramon / Sde Boker / Airforce Museum
Depart Eilat via Mitzpe Ramon; stop to gaze at the Ramon crater, a geological wonder; proceed to Sde Boker and see Ben Gurion’s hut and grave, which overlooks the magnificent Zin Valley. Stop for a camel ride and visit an authentic Bedouin tent; learn about the Bedouin hospitality and enjoy a light lunch. Continue to Hatzerim and visit Israel’s Airforce Museum to view the planes and equipment and to hear the story of this fighting force.
Overnight Tel Aviv.

The above rates include the following services:

• Sharing transfer on arrival and departure (from/to Ben Gurion Airport)
• 14 nights accommodation on BED & BREAKFAST basis except Kibbutz Lavi on HALF BOARD basis
• 10 touring days as per itinerary, with English speaking guide
• Dinner in Jerusalem on Thursday followed by a Sound and Light show at David Citadel
• Lunch at a Druze village on Sunday
• Light lunch on Tuesday on the way from Eilat to Tel Aviv • Entrance fees to the sites visited as per itinerary

Our partners, including Google will collect data and use cookies for ad personalization and measurement.
For example, they collect data about your online behaviour, so that we can try to predict what other products, services, and information you might be most interested in.